Being a Filinvest project, Studio Zen is one of the most credible residential places in Pasay City and nearby cities like Manila, Makati and Quezon. Standing alongside universities and colleges, Studio Zen is really the nearest and safest haven for students – medical students, post graduate students and the young professionals.

What makes Studio Zen so unique among other residential places, aside from a whole new pack of student friendly indoor facilities and amenities, is the fact that it is really strategically located – very near to schools, places of worship, in between key government offices, medical institutions and other important public domains. If you are a parent who wish your child to be much safer, this is exactly the place that you are looking for.

Here’s a list to check, proof of the close proximity of Studio Zen to mentioned places. 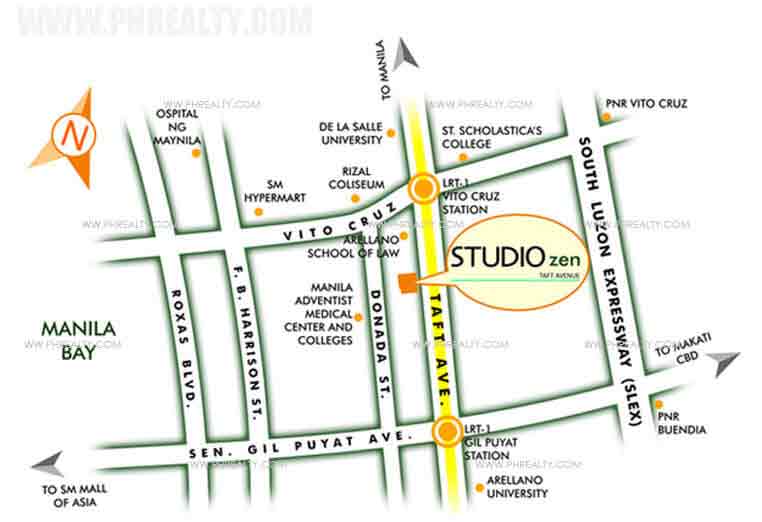